Yes, dear friends, I have switched to the dark side! Well, at least, a bit. I have bought myself a nikon light saber flash. It’s an SB28, they usually go for around 100 euro’s but this guy had dropped it and the foot broke so I got it for ~40. I thought I could fix that and at least create a strobist capable flash. I don’t care about the other stuff with this one. When it arrived I was so surprised at the size. It’s way smaller than my other flashes, and comparing to the Canon 540EZ’s it’s a midget and they’ve got the same power… The reason I needed a new flash was that I had fried one of the 540’s (I had 2 of them). So now that I fixed the SB with some help of a piece of PCB, I am very pleased with this little one. Maybe I’ll try to sell the 540 and buy another SB28. Bonus that you get is the pc sync port, this will come in handy.
There are some downsides though… I don’t like the soft touch keys, and I know of someone else’s that are busted. The flash test button isn’t easy to operate and I’ll get loads of questions from people that aren’t aware of strobist why I’m using a nikon flash with a Canon camera 😛
So, in the pictures there are some details on the repair of the SB and the size comparison. 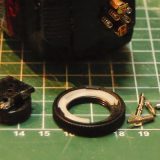 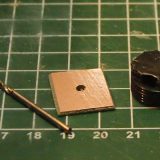 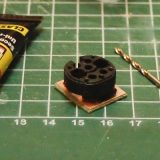 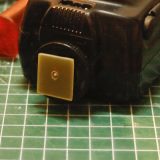 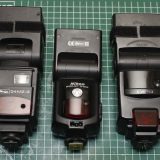 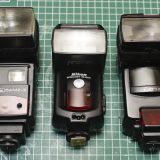 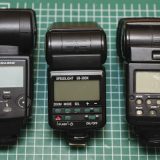 Switched to the dark side…