One of those things that was on my photographic wish list was shooting the movement of the stars. (or the movement of the earth?) I recently got a batterygrip from Jenis which has a nice built in timer. This can be used for time-lapse or for really long shutterspeeds. It’s not that easy in use especially when you’re outside in the dark but once you figure it out it’s doable. So last weekend I was in a bungalow at centerparcs and this has the advantage that it’s away from civilization and away from light spill. It was a nice clear evening so I got my camera, hooked up the grip and started doing some test shots. I started with some short(ish) exposure times to dial in the aperture and then calculated an aperture for the longer shots. This worked pretty well. So I got shots up to 24 minutes. I must say that at that point things will become quite boring, it’s a long time to wait… But you get inside, turn on the tv and go out after half an hour. I could have used a remote control to keep the shutter open but here is a plus for the battery grip, with the remote you’d have to keep track of time and get back out there at the right time. One of the things I wondered when I got outside was if it was still recording or if it was done. Well, the red light on the back (at least on the 40D) shows that it’s still in recording mode: don’t pick it up! I also noticed that the display on top of the camera show the elapsed time in the part where you’d usually see the counter, pretty cool he? The next morning I got out very early (ain’t it nice to have kids?) and shot one more at 40 minutes. After that it got too light and there were clouds anyway. 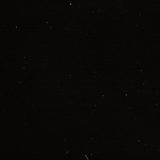 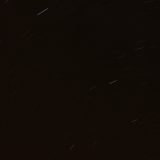 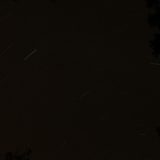 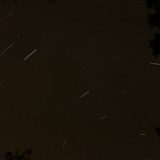 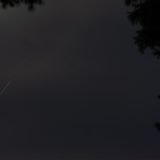